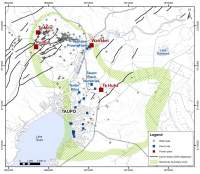 Tauhara has a shallow steam-heated aquifer that underlies part of the Taupo township and land further to the east and north. It has been extensively exploited, with over 400 shallow wells extracting heat or steam or water for domestic, commercial and other uses

The Crown drilled four deep (up to 1,200m) exploratory wells, TH1-4, in the 1960s and several monitor wells from the 1960s to 1980. Works Geothermal/Trustpower drilled TH5 to 500m in 1991. In 2002 Contact Energy initiated a drilling programme, with 25 wells drilled for field exploration, production and to carefully assess the subsidence potential. Deep wells drilled at Tauhara have found higher temperatures than Wairakei, adding to the evidence for multiple upflows. The maximum temperature recorded is 279°C. Production temperature is about 250 °C. 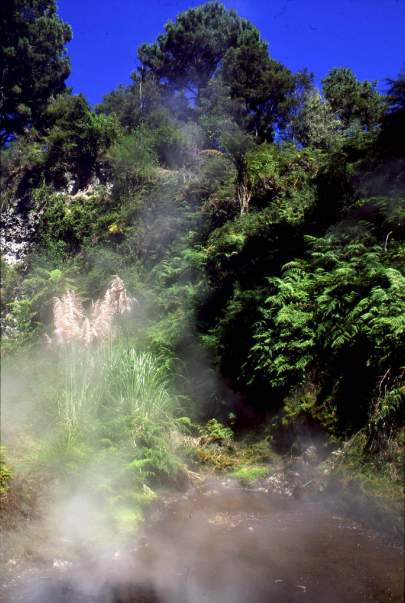 Part of the Otumuheke area is of national significance because it is a good quality example of geothermal habitat, which includes nationally uncommon ecosystem types (geothermal stream margins, geothermally heated dry ground). The thermal swamp at the head of the Otumuheke Stream remains in excellent condition.

Broadlands Road is of regional significance because it is protected under the Reserves Act (1977) as a Scenic Reserve, contains a large population of geothermal kānuka (an ‘At Risk’ species), and comprises a relatively large example of geothermal habitat, which includes nationally uncommon habitat types (geothermally heated dry ground, fumaroles).

Waipahihi Valley is of regional significance because parts of the site are protected as a Conservation Area. It also provides habitat for four ‘At Risk’ species (geothermal kānuka, Hypolepis dicksonioides, Christella aff. dentata (“thermal”), and Cyclosorus interruptus).

Contact Energy has been granted Resource Consents (a license) to generate up to an additional 250 MW(e) at Tauhara and the project is being progressed to a point that would enable the start of construction once market conditions are favourable. Development must take into account the potential adverse environmental effects on the surrounding Taupo urban area.

Based on stored heat models, the energy development potential is about 220 MW(e). Recent numerical reservoir simulation have shown that greater than 250 MW(e) is sustainable.