When properly developed and managed, geothermal systems are a clean, abundant, and reliable source of renewable energy, and by using geothermal for electricity generation or direct use we conserve the use of non-renewable and more polluting resources.

The capacity of installed geothermal electricity generation worldwide is equivalent to the combustion of nearly 30 million tonnes of coal or the output of about 10 nuclear plants.

Geothermal energy is effectively a renewable resource, which does not consume any fuel or produce significant emissions. Although some geothermal fields have been degraded, none have been exhausted and sustainable development is possible. Geothermal energy also has the advantage, over other renewables, that it is independent of climatic variation.

Geothermal energy is a relatively low-cost and indigenous generation option that can contribute to New Zealand’s growing demand for electricity. It is uniquely reliable, with geothermal power stations typically achieving load factors of 95%, compared to typical load factors of 30 – 50% for hydro and wind power stations. Wairakei Power Station has operated at a load factor of more than 90% for over 40 years with low operating costs. This inherent reliability makes geothermal generation a valuable component in a diverse electricity supply system such as New Zealand’s.

There are geothermal generation opportunities on either side of Auckland (i.e. Northland and the Taupo Volcanic Zone), the principal demand centre for electricity in the North Island. The proximity of geothermal resources to Auckland, assuming sufficient transmission capacity, provides an efficient, low-cost electricity supply option. Geothermal fields are also commonly found near major forests and their energy-intensive processing industries, allowing symbiotic development of each resource.

An important aspect of recent investment in geothermal projects is the development of partnerships between power generators and Māori trusts. Māori commonly have the land access rights to geothermal fields and geothermal projects are increasingly delivering economic benefits to local Iwi. 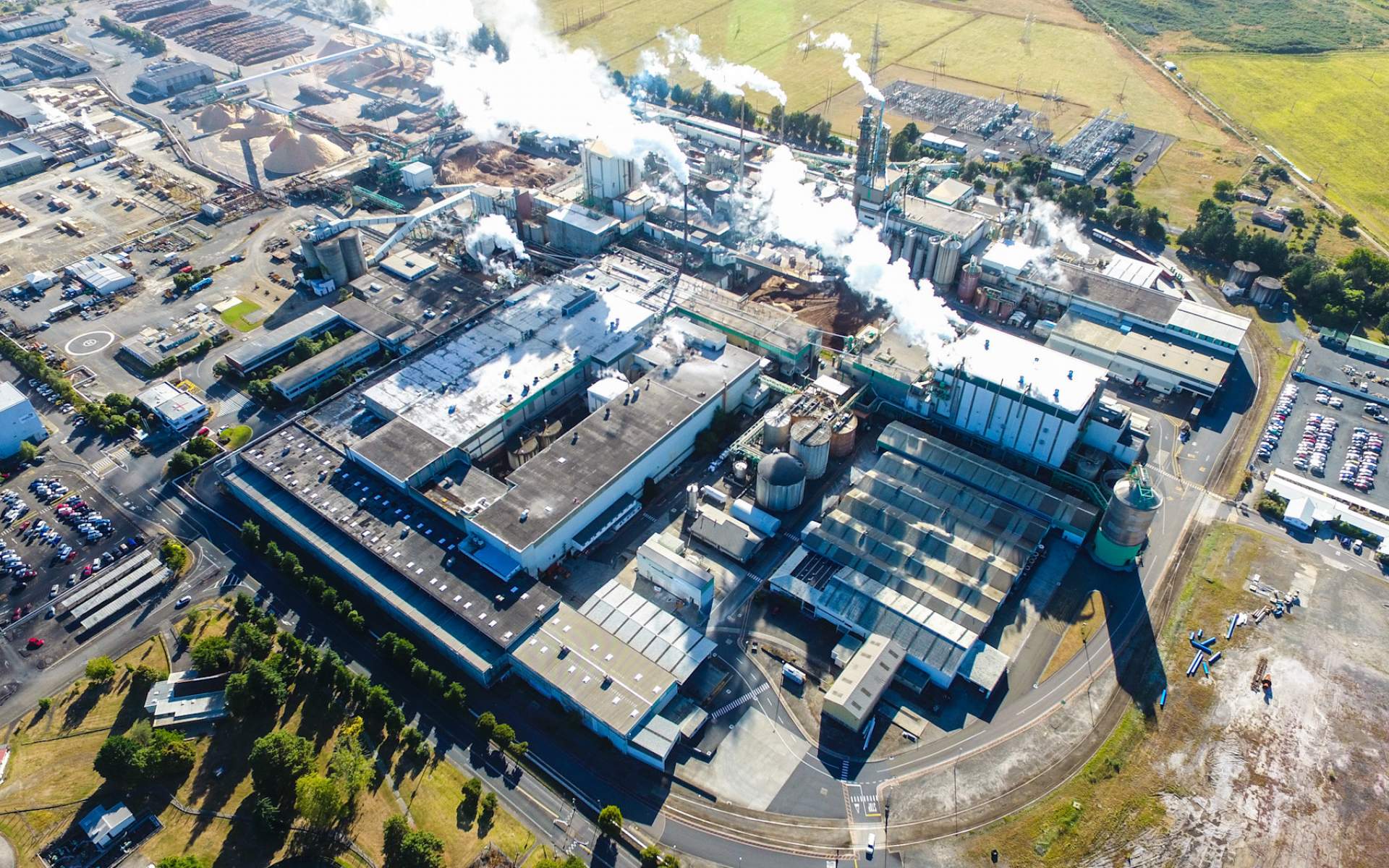 The word geothermal comes from the Greek words geo (earth) and therme (heat), – ‘the heat of the earth’.

Geothermal energy is derived from the heat in the earth’s core and from radioactive decay within its mantle. At high temperatures and pressures within the mantle, mantle rocks melt forming magma, which rises towards the surface carrying the heat from below.

In some regions where the earth’s crust is thin or fractured, or where magma bodies are close to the surface, there are high temperature gradients. Deep faults, rock fractures and pores allow groundwater to percolate towards the heat source and become heated to high temperatures. Some of this hot geothermal water travels back to the surface through buoyancy effects to appear as hot springs, mud pools, geysers, or fumaroles.

If the rising hot water meets an extensively fractured or permeable rock zone, the heated water will fill pores and fractures and form a geothermal reservoir. These reservoirs are much hotter than surface hot springs, reaching more than 350°C, and are potentially an accessible source of energy.

High temperatures can be achieved in liquid-dominated reservoirs because increasing hydrostatic pressure with depth allows elevated temperatures without boiling. Many undisturbed geothermal reservoirs in New Zealand have temperature and pressure profiles where fluid is close to boiling point to depths of more than 1 km.

Geothermal areas are commonly close to the edges of continental plates. New Zealand’s location on an active plate boundary (between the Indo-Australian and Pacific Plates) has resulted in numerous geothermal systems and a world-class geothermal energy resource.

Geothermal power forms an increasingly key role in decarbonising the NZ Electricity Market and there are a number of potential new developments. 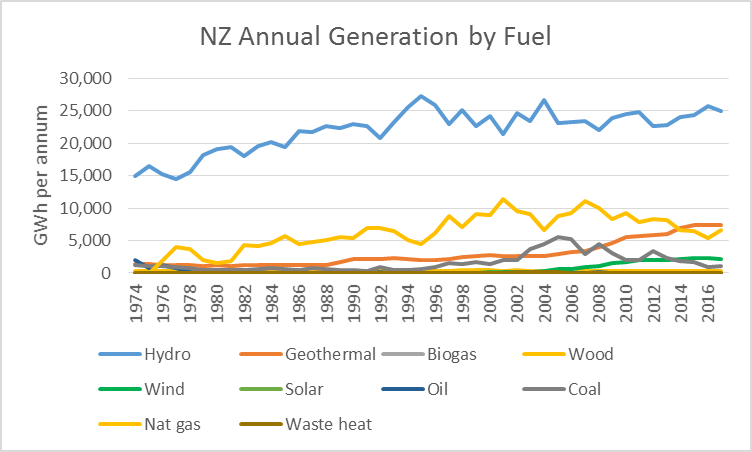 When the first generator was commissioned at Wairakei in 1958, it was only the second geothermal plant in the world to begin large-scale, commercial operation and the first to exploit a wet (rather than dry steam) geothermal resource. The impetus for the development of Wairakei came in 1947 from severe electricity shortages following two dry years which restricted hydro generation, and a desire by the New Zealand Government for the electricity supply to be independent of imported fuel. New Zealand has recently faced similar situations

There are currently six fields used for geothermal electricity generation, which is dominated by Contact Energy Ltd (a listed company) and Mercury (a state-owned enterprise). A significant factor in recent geothermal projects has been the high level of commercial participation by Maori-owned enterprises.

The information on this page is now out of date. The NZGA will be updating this page with the latest potential for geothermal development estimate.

With the price of carbon forecast to increase under a strengthened Emission Trading Scheme, as well as a new Zero Carbon Bill, new geothermal developments will be required to support the phase out of thermal generation and transition to electric powered transportation.

New Zealand’s geothermal resources have been used for many years. Geothermal areas are important to Māori, who use the heated waters for cooking, washing, bathing, warmth, preserving, ceremonial use and healing. Māori also use geothermal minerals as paints, wood preservatives and dyes. In recent years, Māori have become significant players in the geothermal space with several of the major operators owned by iwi. Through many Treaty of Waitangi settlements, many iwi have had land returned to them and their traditional relationships with the geothermal resource formally recognised by the Crown.

Other key uses include tourism, mineral extraction, direct heat use and electricity generation.