The latest statistics from the Ministry of Business, Innovation and Employment (MBIE) show geothermal generation increased slightly (0.7%) during calendar 2019 from 7,386 GWh in 2018 to 7,439 GWh in 2019.   Geothermal remained the second largest power supplier, representing 17% of total generation. Total renewable generation fell slightly from 83.9% in 2018 to 82.4% in 2019 due to seasonal hydro conditions. 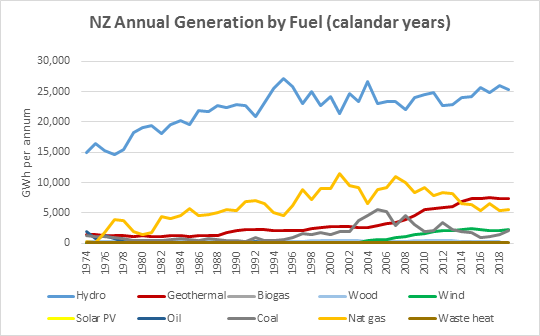 New Zealand’s geothermal plant capacity factor rose slightly to 87% in 2019.  This compares favourably with other established geothermal countries such as the USA, Italy and Iceland (Figure 2 below). 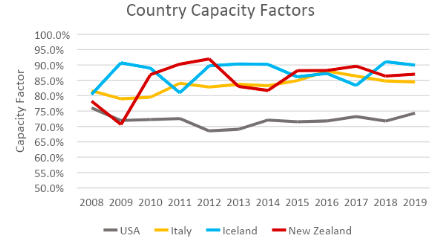 Electrical generation by field has remained steady since 2015. Wairakei remains the largest producing field, followed closely by Rotokawa and Kawerau.