At the 42nd NZ Geothermal Workshop in November 2020 the NZGA awarded prizes for the Best New Zealand Paper, Best Student Paper, and Best Poster. There was stiff competition, with over 100 papers and posters presented, but ultimately we selected:

We caught up with Ralph, Ryan and William to find out a bit more about their interests in geothermal. 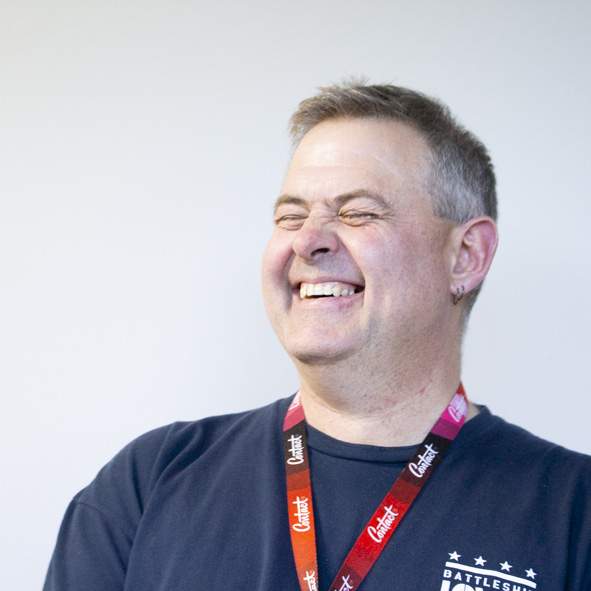 Ralph is a geothermal drilling specialist for Contact Energy, working in the Wairakei, Ohaaki and Tauhara fields.

- What first attracted you to the geothermal industry?

I graduated with my engineering degree in 1994 and immediately started job hunting. I interviewed for Works Geothermal as a combined Drilling and Measurements Engineer – I think I got the job primarily because I took off my suit jacket, rolled up my shirt sleeves and probably slouched for the interview (all no-no’s from the big book of getting a job). I probably swore, too. Apparently I was Drilling Engineer material based on this. I got married, had my honeymoon and moved to Taupo two weeks later to start with Works Geothermal. I’ve done nothing but geothermal ever since.

- What's been your proudest / most notable achievement within your role?

I’ve got a number of proudest and most notable achievements.

One was during the drilled of well WK242. We had suffered a drillstring twist-off which had also caused the liner to break. Both the top of the drillstring and the top of the liner were lying to the side of a cavity out in open hole. To complicate matters more, we had lost a large solid bar of steel (about 100mm diameter and 2m long) downhole as well. All advice from all parties was to abandon the well –it was un-saveable. I persevered and thought hard about the problem. I thought about it so much that I ended up dreaming the solution up in my sleep – the next morning I drew up the tools required to make it work. We ran the tools, reconnected to the liner and fished out the string. The well remains as a producer in Wairakei to this day.

The second great was when we had a section of liner sections strewn in a number of places within a well, including being stuck across the Master Valve. The well had a history of coming under pressure quickly and any intervention meant that we couldn’t close the Master Valve in. I conceived a system to pull the liner from the wellhead while still keeping an ability to shut the well in for well control. Once we had cleared the Master Valve, I designed and built up a tool to pull 2 joints of 7” liner from the well using fishing cable rather than a rig. The tool worked although the liner section jammed half-way to surface, so we didn’t get the full result.

My third proudest moment is being able to contribute to the update of the Code of Practice for Deep Geothermal Wells. I was able to improve a number of aspects and being able to have that as an achievement represents something of a legacy that I hope will add value and outlive me.

I think geothermal has a definite place in the future but it is clear that we are under increasing competitive headwinds from wind and other decreasing-cost renewables. I think we need to recognise that we at a point of maturity for our ‘classical’ geothermal production and we do need to think more about ‘unconventional’ geothermal. For the former, ‘classical’ geothermal is going to reach its limits once we have developed the available ‘development’ fields – in New Zealand this is getting closer to hand.

For unconventional geothermal, we have more scope. It is true that geothermal is available everywhere, we are just tapping into the shallow low hanging fruit. The prospect of affordable ‘geothermal anywhere’ is predicated in part on the cost of drilling. Bearing in mind that we are using 120 year old techniques to build our wells, when the next thing that works comes along that makes rotary drilling look antiquated, we can make big step changes in the cost of wells and make unconventional more financially viable. Tying in a lot more cascade use of our waste heat can also help us get the most out of the resources we have been blessed with.

We can’t sleepwalk into obscurity and I think that we need to be a bit brave, a lot clever and embrace well-considered ideas beyond our classical geothermal world.

- Did you have any unexpected findings / challenges when compiling your paper?

I didn’t have any real surprises when putting my paper together.  I seldom author papers so it was a labour of love that I tried to craft into something that would tell the story and be understood by anyone from any discipline.  I have a very good reviewer in Contact by the name of Ted Montague – he always adds value and helps to meld my ideas and ugly sentences.  I was so stoked to get an award for it! 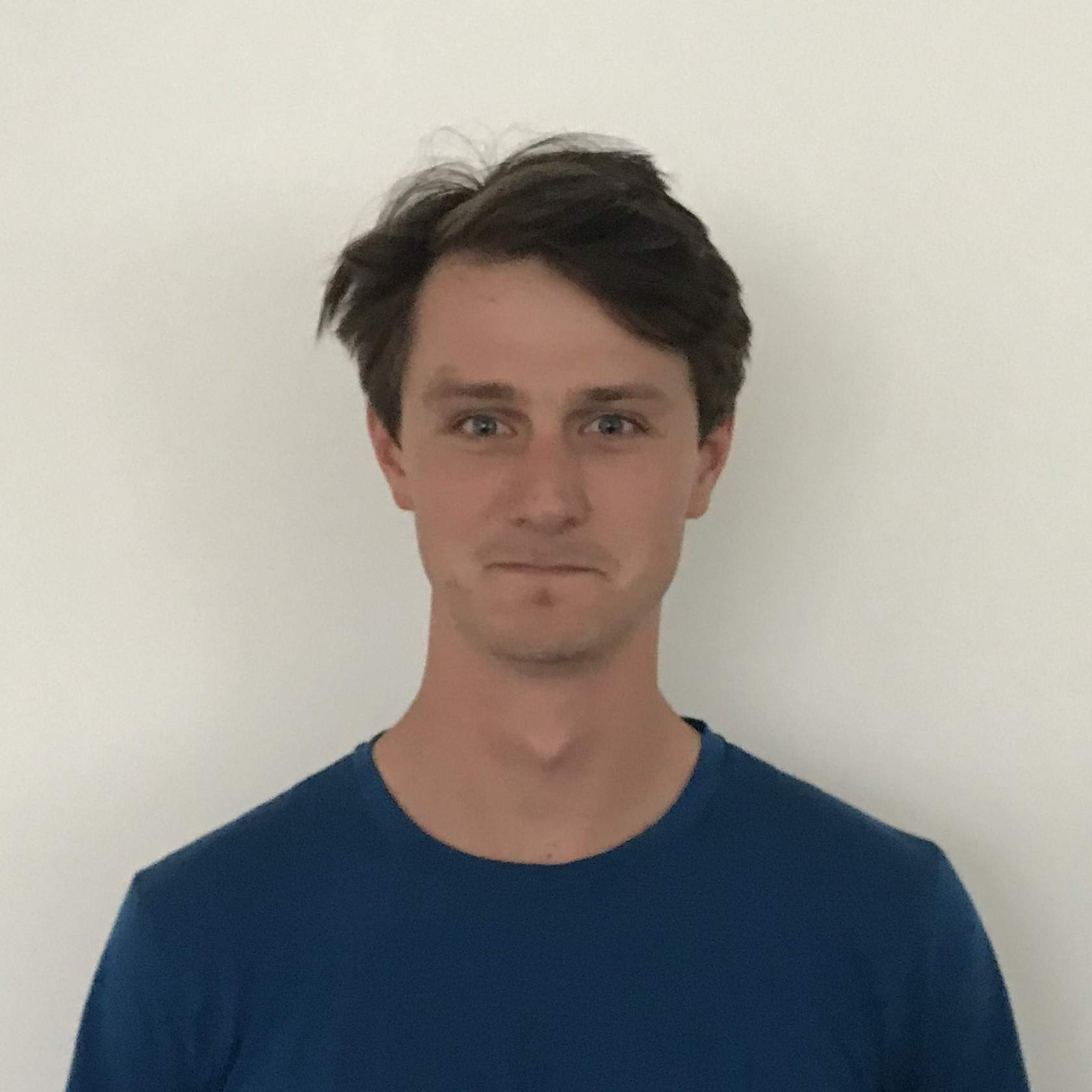 Ryan is an engineering student at the University of Auckland.

- What first got you interested in the geothermal industry?

During undergrad, my honours project looked at the impact that Chatham Island’s topography had on the wind turbines they have out there. I really enjoyed the project and developed an interest in renewables and numerical modelling. When John offered me the opportunity to study geothermal wellbore modelling I jumped at it!

- What aspects of the geothermal industry are you keen to be involved with going forward?

I have spent the last couple of years learning everything I can about how to model wells. I’m looking forward to getting more involved with modelling geothermal systems as a whole.

Supercritical seems to be on everyone’s mind. I’d be interested to see how modelling (specifically of wellbores) develops to meet the needs of deeper drilling projects.

- Did you have any unexpected findings / challenges when compiling your paper?

Developing new numerical simulators is always a challenge! Some of the scenarios that are possible within the wellbore, such as counter-flow, are difficult to model but yield interesting results. Originally from Colombia, William has been in New Zealand since 2016, and is a graduate engineer with Western Energy

- What first got you interested in the geothermal industry?

At first, I had no idea what Geothermal was about until I started exploring New Zealand at the end of 2016, after arriving from Colombia. One of my first trips was to Taupo, where I am currently based. My curiosity and background in Oil & Gas made me understand the Geothermal industry's importance for New Zealand energy generation. Now, I keep on finding ways to learn and contribute more and more to this beautiful industry.

- What's been your proudest / most notable achievement within your role?

All the projects I have worked on that created value for our clients and this industry.

I can see Geothermal as one of the primary sources of energy in the world. Continuous advances in technology will positively impact Geothermal, allowing more efficient, safer and cleaner ways to produce energy from this source.

- Did you have any unexpected findings/ challenges when compiling your paper/poster?

Finding relevant literature to support the paper was not an easy process. Different industries and applications have recorded the use of ice plugs but not specifically for Geothermal operations; this made the task a bit more challenging but more enjoyable.